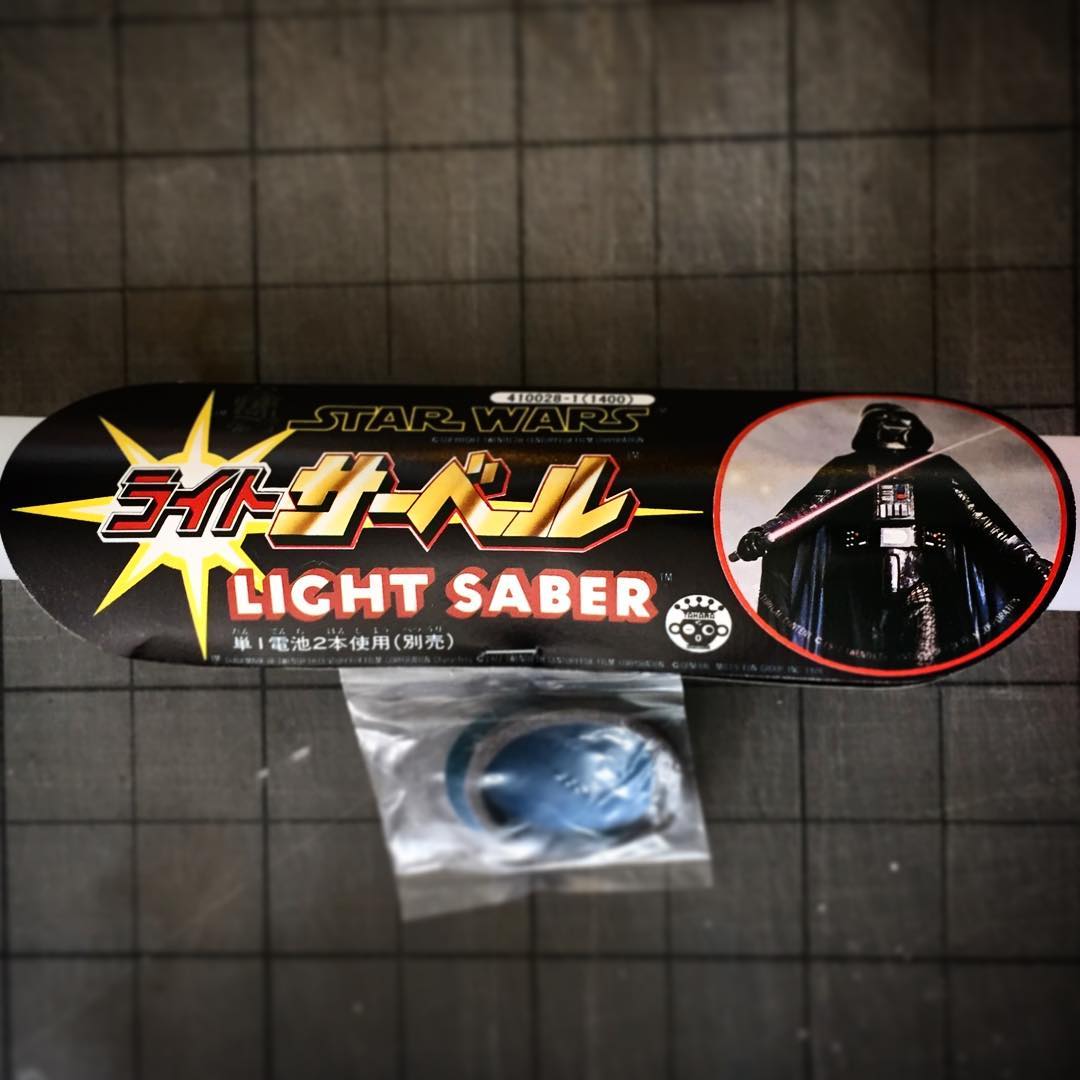 Before its sale to Disney, at some point later in the first decade of the 2000s, Lucasfilm moved a great deal of their operations from Marin county to a new facility in the Presidio of San Francisco. Among this big move was a warehouse stash of mostly Star Wars items from the Lucasfilm Merchandising archives, and a great deal of that was donated out to various junk stores and whatnot of the Bay Area.

I was lucky enough to get to dig deep into the crates for a few days and help sort out the gear. Lots and lots of Episode One pajamas and bed sheets and crappy backpacks (Jar Jar as far as the eye could see), but buried in there I did find a few vintage items and some other oddballs.

Surprisingly (and regrettably), I didn’t buy all that much stuff. But I did get a new in the package 1978 Japanese Takara light saber. It is the prize of my collection. I love the artwork, the design, the Japan of it all. It mostly stays hidden in the closet, but occasionally I will take it out and reminisce about digging in the Lucasfilm crates.